Posted on March 6, 2012 by coachbillmoore 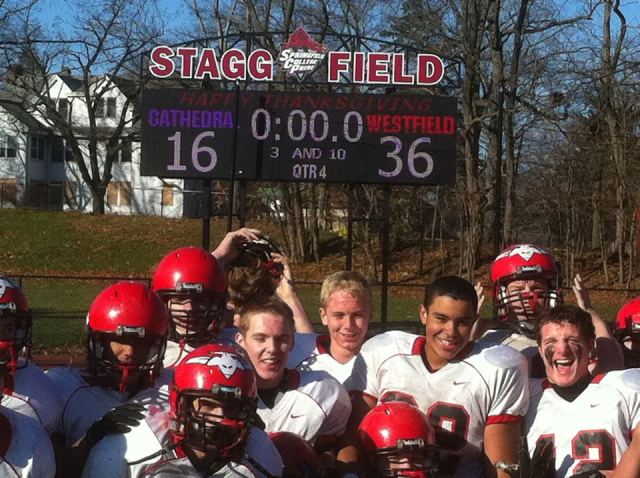 Players want to compete.  But when it comes time for practice many of them struggle to find a way to give it their all.  Before you know it one of the coaches is ripping them.  But this gets old for both the players and the coaches.

When I was a younger coach, I used to hop into lacrosse practice.  I had never played the game when I was younger. I wanted to learn the skills so I would participate in many of the drills.  Though my skill level was that of a very average high school player, my competitive nature was pretty well developed.

When I did jump into a drill I would keep score.  I would count my wins and losses.  It didn’t matter what drill we were doing.  If it involved another person I kept score. I either won or lost each rep.  I knew my score and updated with each rep.  More importantly I would let everyone know my record.

When I asked them theirs, they would have no response.  Why?  Because they didn’t keep score.  For them a rep was a rep was a rep.  They did the rep and that was that.

For me each rep counted, because I counted whether I won or lost each rep.  At the end of the day I knew my score.

After a few practices, they grew tired of my letting them know how I was beating them in drills.  They started keeping score. They started counting wins and losses.  Soon each rep counted for them too.  Soon they started fully competing in practice.

Nobody had to yell.

I can’t move as well as I used to so I don’t hop into drills much anymore.  But sometimes I will keep score for a player for an entire practice.  Usually I will start with a player who has a lot of character and mental toughness.  Obviously, those players tend to win a lot.  I will point out to the team how that one player might have not lost a single rep a half hour into practice.  He might be 10 and 0, then 11 and 0. The other players then seem to perk up and want to beat the kid who was off to a fast start.

Not only does keeping score help the one player compete, it helps them all compete.

Other times I will pick a laggard.  A kid who just has a poor work ethic or lackadaisical demeanor.  I will make him aware of all the reps he has lost.  With each new opportunity comes another loss.  Sometimes this can be pretty effective in waking a kid up and serve notice to the other players that they should be aware of their effort as well.

One of the perks of being an assistant lacrosse coach I can often skip bus rides and drive myself to away games.  This might end up in my gaining an hour or so of free time.  I usually stop somewhere for a bite to eat or if a town has a book store I might browse the racks for a little while.

On one such trip last year, I passed by a used book store located in an old Victorian home in a rural community.  I turned around and went in to see what they might have.  In what must have at one time been someone’s bedroom I found the sports collection. On the bottom shelf was a yellow book from 1984.  I bought it for a dollar or two;  one of the best investments I had ever made.

I began thinking of how I could apply this principle to our off-season weight lifting program.  A program that, in recent years, had not been as well attended or as well utilized as I had hoped.

(Now before I start, let me make clear that all of our players are expected in the weight room 3 days a week during the winter.  The only players who are excused are those playing a winter sport.  I make this as clear as can be, but many of the kids in the community I coach in are not interested in doing the work necessary for success.  In short, they don’t do the work, and nobody at home is pushing them to do the work either. Keeping score has merits in this regard too.)

How do you keep score in a weight room?

Sure I had posted our weight room records. I had even formulated and posted a “great player average” using the data from former players in the bench, squat, broad jump, and 40 yard dash.  These posts allowed players to see what was possible and give them a guideline of where they needed to be in order to succeed.  But this was not keeping score.

We test our players at the end of our three month program.  Though I could test a couple of more times during the three months, this still wouldn’t give the immediacy that a scoreboard would during a game.

I had to come up with a way to motivate the players as individuals and as team members.  I needed to find a way to keep score that would not only demonstrate their own individual efforts, but allow them to see how it affected the team. I wanted to manufacture an environment where they would push themselves as well as have them push each other.

So I printed up a roster listing all of the players.  At the top of the roster there was an area which would list the cumulative amount of weight lifted by the team to date.  Then next to each player’s name there was a space which listed the cumulative weight that player had lifted from the inception of the program. Finally, there was a space listing how many workouts had been missed to date.

At the end of each workout the players would all grab calculators and formulate the total amount of weight they had lifted each day.  It became this weird little ritual.  It was awesome to see how eager they were to find out what their total for the day would be.

They had their score.

They would ask one another what their scores were.

They had their scoreboard.

They could see how their total weight to date would compare with the weights of their teammates. The whole school could see it too!  Just like the scoreboard during games.

They were getting better!

Within a couple of weeks players hit milestones.  100,000 lbs!  Other players would race to see who could reach the next milestone.

Even some of our players that were playing a winter sport would sneak in and lift.  Those players began a sub-competition to see who could lift the most among their group.  They also felt the need to chip in towards the team total.

Of course we had our laggards.  Kids who seldom or barely lifted.  But their poor performance was on the scoreboard too.  It was obvious to all that they were not committed to working hard for themselves and the team. The numbers didn’t lie.  They were falling behind and it was evident by precisely how much.

The player at the top of the scoreboard lifted 749,133 pounds and only missed one workout so he could receive his Eagle Scout Award from the Boy Scouts of America.

For the rest of my days I will look for ways to keep score and make scoreboards as often as I can.  I only wish it were not against privacy laws to post student’s grades.  Otherwise, we would have a scoreboard on my classroom door as well, and a bunch of kids would be giving it their all and getting far better as a result.

The name of the book I picked up is Playing to Win, by Fran Tarkenton.  I have highlighted it as much as any book I have come across. It might just be the best little investment you make.    A link to the book is on the right of this page. Of course I hope you check out my book (links above) too!